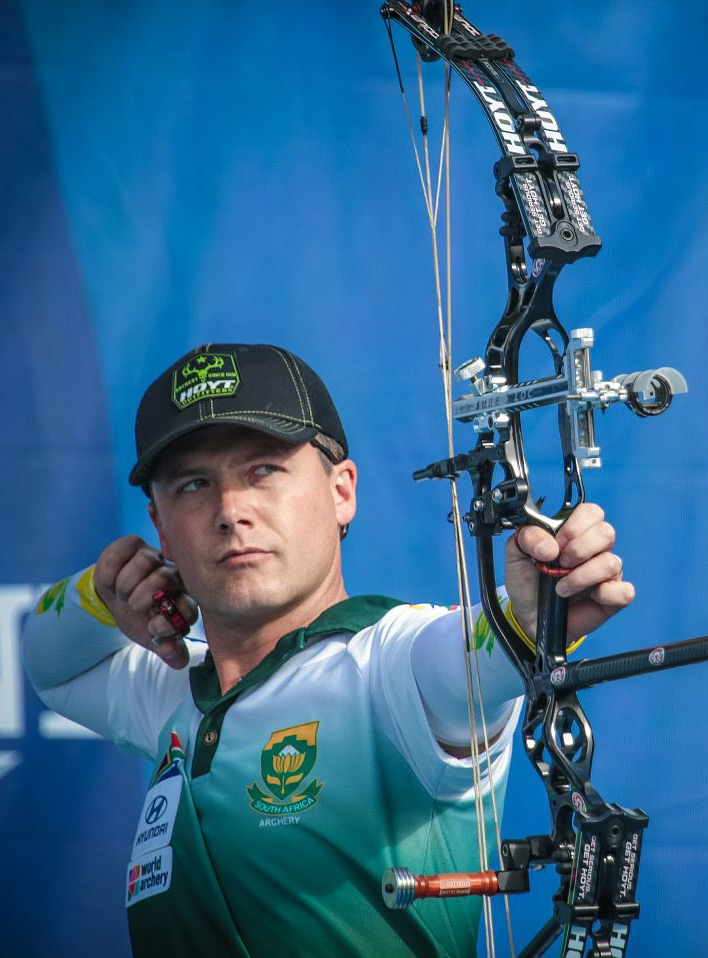 2 x Commonwealth games medalist, Numerous National Champion, 3 time world gold medalist and has had more than 18 National records, from which 8 are current.

He broke the Hunter National Record in March 2010 by shooting a 556/560, with fellow Magnum Archery shooter Koos De Wet, who holds the same record by shooting the same score on the same day.

Seppie has an extensive knowledge on any archery inquiry you might have. Facilitating all Magnum Archery Academy courses, you are sure to learn something from him.

Seppie has successfully hunted a cape buffalo and Girrafe and has assisted many bow hunters in their preparations for big game hunts, like giraffe, elephant and hippo.

He has numerous titles behind his name, but the most important is the more that 30 years experience that no one can buy.

You can get it for free, just go and see Dale. Dale is loved and known by all

. Always on the indoor and field shooting line, and always willing to assist other archers in need.

If you haven’t met Dale yet, you are missing out.

The Bow Guru. Johan is one of the Team members at Magnum Donkerhoek.

Too many of South Africas Protea archers trust Johan with their bow, and with good reason.

He will get it tuned to perfection! An avid hunter and target shooter, Johan enjoys the outdoor, riding his off – road motorcycle and he has a great passion for life.

A friendly and willing person, so don’t despair if your bow is giving you grey hair.

I started working at Magnum Archery in May 2015. Seppie and Bradley, two of the best in the archery industry has been training and helping me with the art of bow tuning since I started.

Archery started as a hobby about 7 years ago and it progressively grew into competitive archery. I am very proud to say that I represented South Afirca twice as Protea archer at WIAC 2013 and 2015 in the IFAA Bowhunter Unlimited Shooting Style. I am also an avid bowhunter and enjoys the outdoors. New challenges for me in the future is to learn shooting in the freestyle devision. 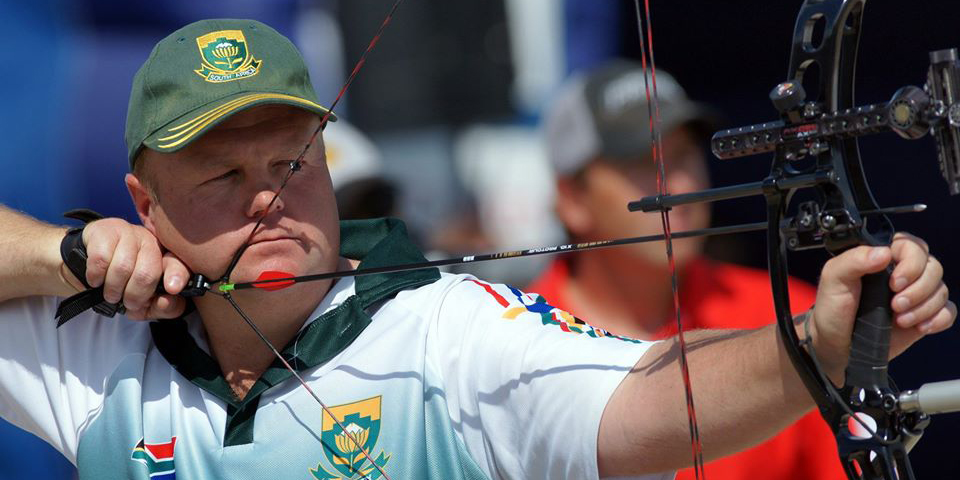 Patrick is currently ranked #1 in SA as per National ranking. He has made a massive impact on South African archery, and has been part of the National team bringing back the hardware from international shoots. Not only is he a very capable archer, but the other archers on the line love his eagerness and input to help fellow archers get better. It is great to have someone give back so much to this wonderful sport.

I am a member of the South African national Archery team since June 2012.

17th At the Archery World Cup in Ogden USA

I represented South Africa at the Archery World cup leg 4 in Wroclaw Poland in August and ended 33rd individual. I won a Silver medal with the team.

At the world championships in Antalya Turkey in October I ended 9th individual and our team won a silver medal.

I represented SA at the indoor world Championships in Nimes France

Competed at the 3rd stage of the archery world cup in Nimes.

Competing in Las Vegas at the Vegas archery festival.

I will probably be in the South African team that will compete for the outdoor season and we will compete in Antalya and at the World Championships in Denmark. 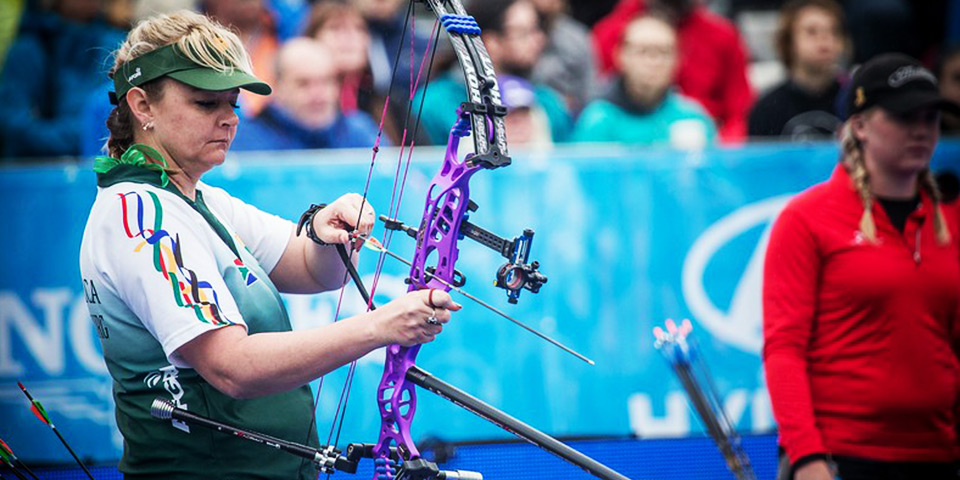 Jeanine is the 2015 Nimes Indoor Champion. She recently became the first lady to have shot a 1400 in Africa as a senior. We are glad to have her as part of our team.

“I started my tournament career by shooting in the African Chapter (ABO) of the IBO, then IFAA Indoor and Field events. After many successes and a World Record, I made the transition to SANAA (World Archery/FITA). In my first season (2012/13) I made the South African Team twice (World Cup Stage 4, Poland and World Cup Finals, Turkey). I also qualified for the Team participating in the Indoor World Cup 2014 were I finished with an individual 4th place and a Team Bronze Medal.

I recently qualified for the team going to Nimes January 2015. At our 2015 WA Indoor Nationals this year I won gold and shot a new Word Record in the eliminations.” 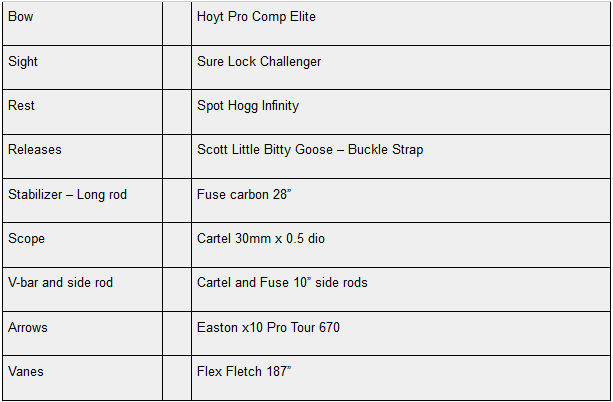 ABOUT US
Who we are
Our Services
Our Staff
Image Gallery

We use cookies on our website to give you the most relevant experience by remembering your preferences and repeat visits. By clicking “Accept All”, you consent to the use of ALL the cookies. However, you may visit "Cookie Settings" to provide a controlled consent or select "Reject All". By viewing this website you hereby acknowledge that you have read and accepted the Protection of Personal Information (POPI) disclaimer on the link provided.
Cookie SettingsAccept AllReject All Privacy Policy
Manage consent

This website uses cookies to improve your experience while you navigate through the website. Out of these, the cookies that are categorized as necessary are stored on your browser as they are essential for the working of basic functionalities of the website. We also use third-party cookies that help us analyze and understand how you use this website. These cookies will be stored in your browser only with your consent. You also have the option to opt-out of these cookies. But opting out of some of these cookies may affect your browsing experience.
Necessary Always Enabled
Necessary cookies are absolutely essential for the website to function properly. These cookies ensure basic functionalities and security features of the website, anonymously.
Functional
Functional cookies help to perform certain functionalities like sharing the content of the website on social media platforms, collect feedbacks, and other third-party features.
Performance
Performance cookies are used to understand and analyze the key performance indexes of the website which helps in delivering a better user experience for the visitors.
Analytics
Analytical cookies are used to understand how visitors interact with the website. These cookies help provide information on metrics the number of visitors, bounce rate, traffic source, etc.
Advertisement
Advertisement cookies are used to provide visitors with relevant ads and marketing campaigns. These cookies track visitors across websites and collect information to provide customized ads.
Others
Other uncategorized cookies are those that are being analyzed and have not been classified into a category as yet.
SAVE & ACCEPT
error: Content is protected !!